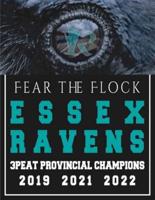 Congratulations to All the WECSSAA Football Allstars 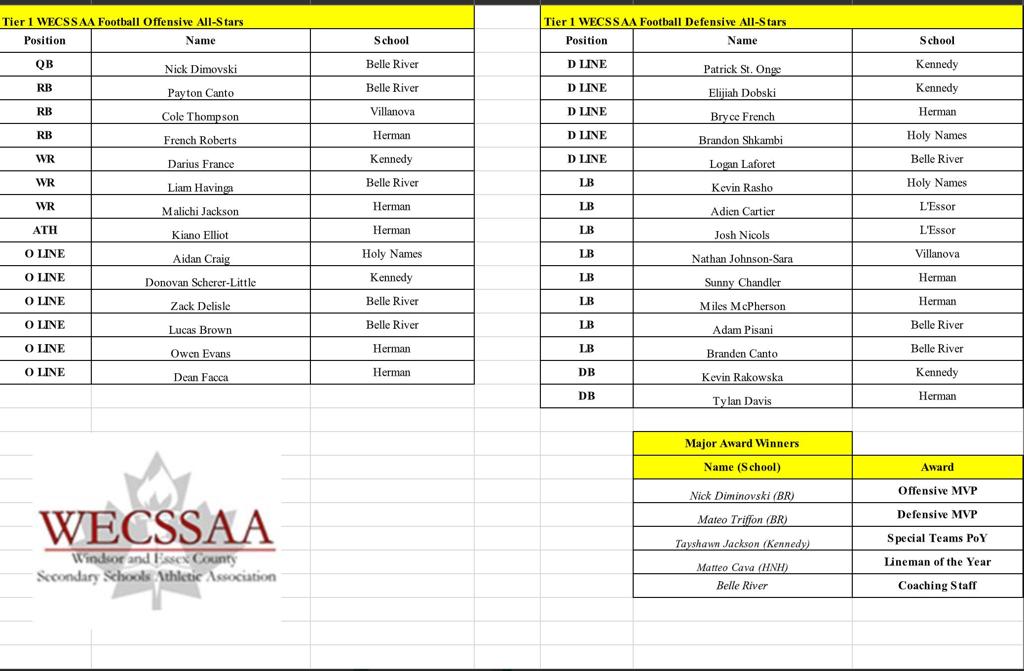 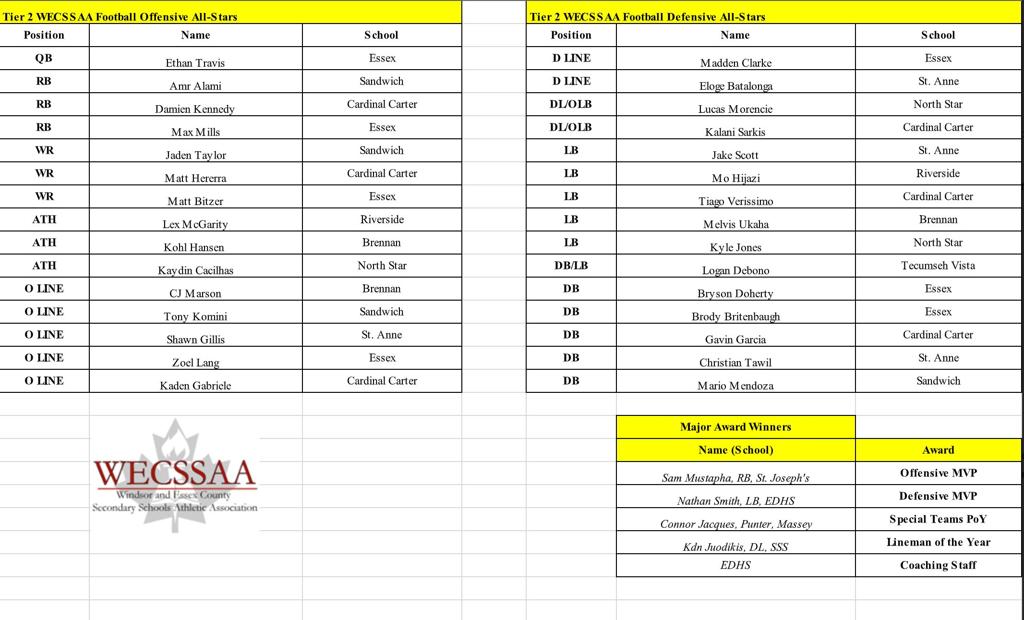 The Essex Ravens Football Club are very excited to announce our 2023 Bantam Head Coach. This young man is no stranger to football or the Essex Ravens. Brandon is a tremendous coach with an incredible wealth of knowledge. Please welcome Brandon Speller!

The Registration "Home" is not currently available. 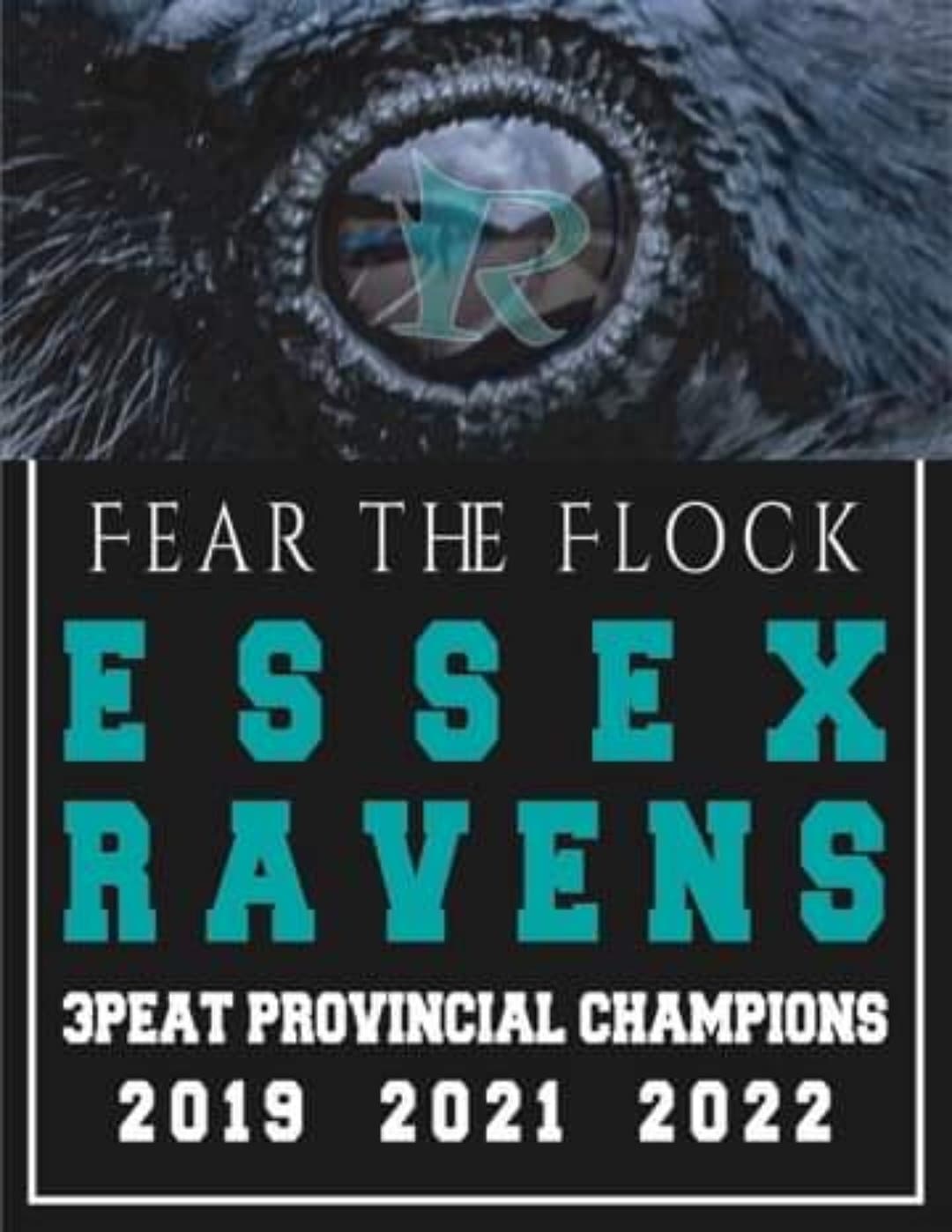 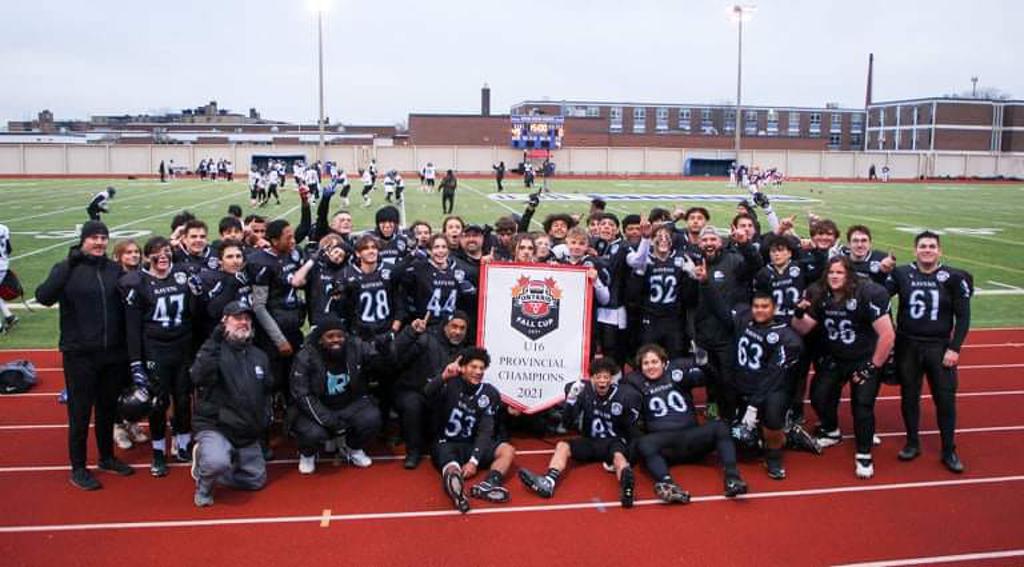 BOTH RAVENS TEAMS IN CONFERENCE FINALS THIS SUNDAY.

This Sunday The Varsity Ravens will take on Durham Dolphins in the OFFL Finals, The game will take place at Chinqcousy Park in Brampton at 5pm.

Both Ravens Teams in Conference Finals This Sunday. 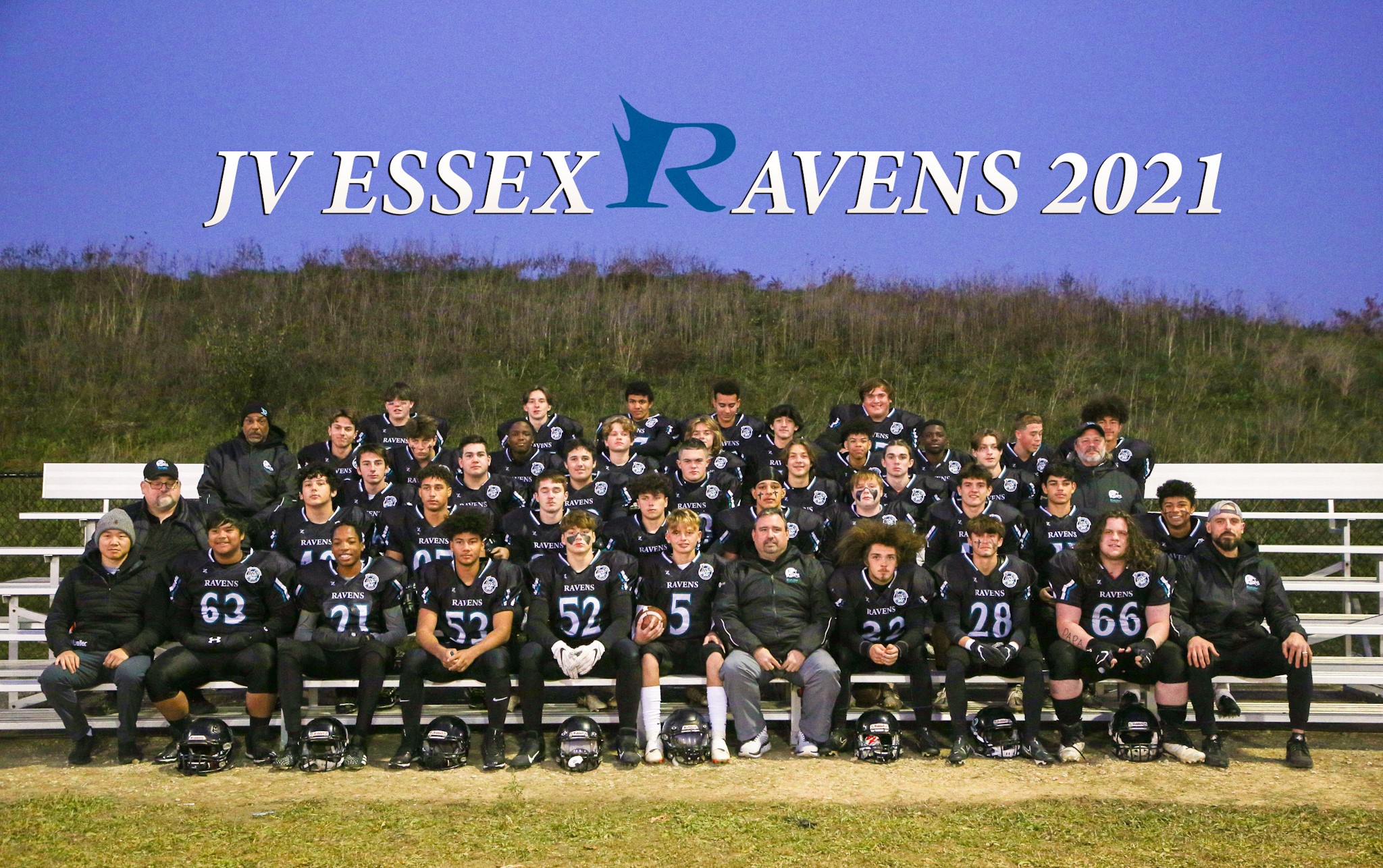 This Sunday The Jr Varsity Ravens will take on Scarbourgh Thunder in the OFFL Finals, The game will take place at Chinqcousy Park in Brampton at 2:45pm. 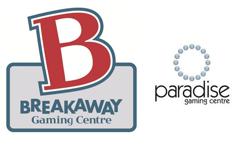 Thanks for the continued support of Essex Ravens Football Club. It is very much appreciated. 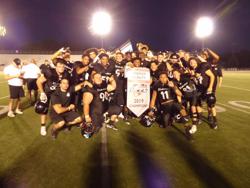 Another dominating performance by the defence paved the way for the Essex Ravens to claim the team’s first Ontario Provincial Football League title.

“We’ve been playing with the same core of group of guys for long time,” Ravens linebacker Zack Argent said. “I always felt we had potential and this year we just all put it together. We were all like brothers. We had such a bond.”

After a season-opening loss in London to the two-time league champion Junior Mustangs, the Ravens reeled of 10-straight wins en route to the title.

“I just think there was a focus and commitment to winning a championship,” Ravens’ head coach Glen Mills said. “They were incredibly focused on what needed to be done and they never complained. They just came to practice, worked and got it done.”
Ottawa used an early turnover to take a 3-0 lead, but the Ravens pulled even at halftime on a 32-yard field goal by Griffen Fenton.

“I think it was nerves,” Ravens wide receiver Vyshonne Janusas said of the team’s early struggles on offence. “We got the first half out of the way, calmed down and realized it’s just another game and shouldn’t look at it any differently than any other game.”

Essex took its first possession of the second half to the end zone with Dante Daniels pulling in a 13-yard slat from Emmitt Rosati for a touchdown that Fenton converted to put the Ravens up 10-3.

“I was telling everyone, at halftime ‘Hey, I have faith in our offence and they’re going to turn it on, score again and trust me, we’re going to win,’” said the 18-year-old Argent, who is headed to the University of Windsor. “They’re not going to score on our defence. We have faith in them and they have faith in us.”

Ottawa did use another turnover to pull to within 10-6 after three quarters, but got not closer.

“Our defence really stepped up,” the 18-year-old Janusas said. “It means a lot for me because I haven’t had a championship in football in six years. I didn’t win one in high school (at Herman). No matter what sport play or where you are, winning is a confidence booster and humbles you and make you want to work. It was a blast.”

Tai Colquhoun scored on a seven-yard run and Aiden Mitrevski scored on a one-yard run with Fenton converting both and adding a single to close the scoring as Essex claimed its fifth title in franchise history and first since 2015.

“It means a lot,” Argent said. “I’ve been in a couple of championships. I’ve been playing since Grade 6 or 7 and been to a couple and lost. This might be my last year and it’s great to finish on high note.

“Usually the underdog is a preferred role, but I really feel this team was different. We had a sense of confidence, but not cockiness. We knew what we were capable of.” 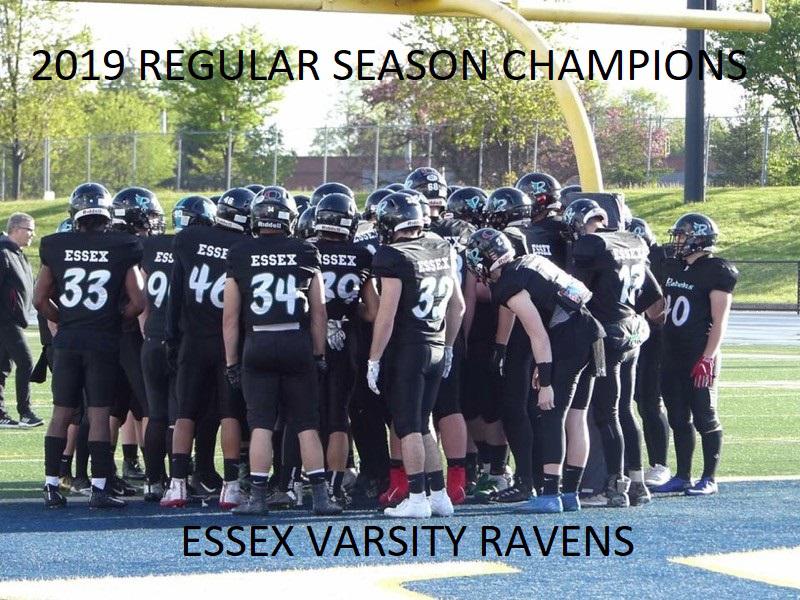 The Essex Ravens would like to congratulate Dr Jeff Collison who recently open his own practice. We look forward to seeing you at your new location. Dr Collison was a former Raven and has has been the teams chiropractor for many years. 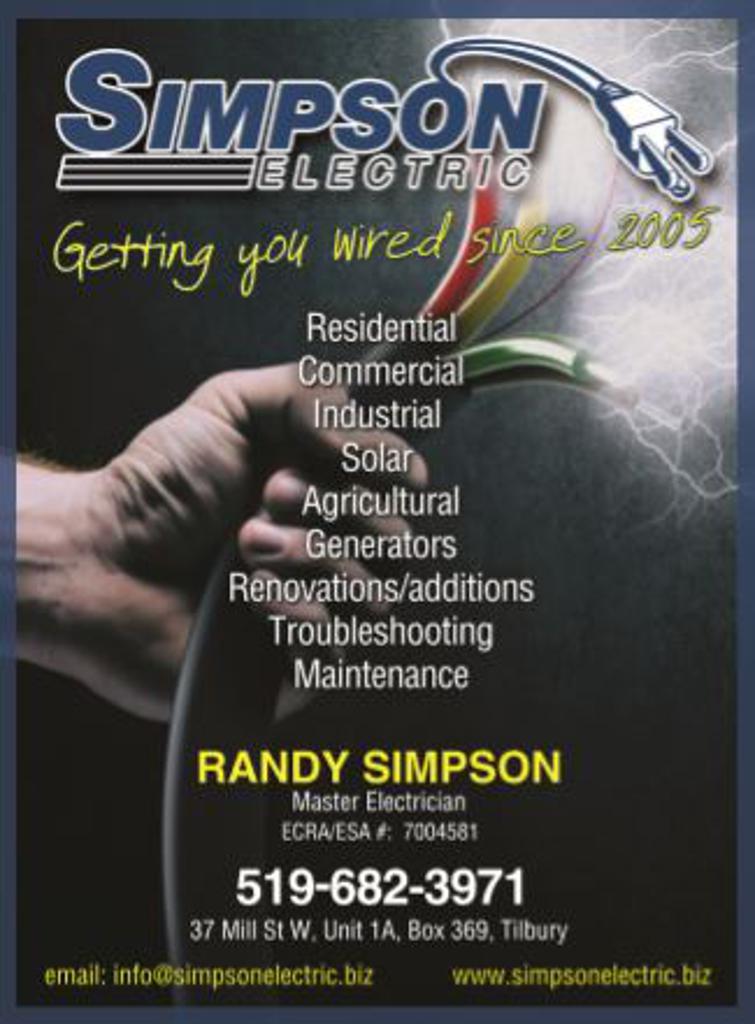 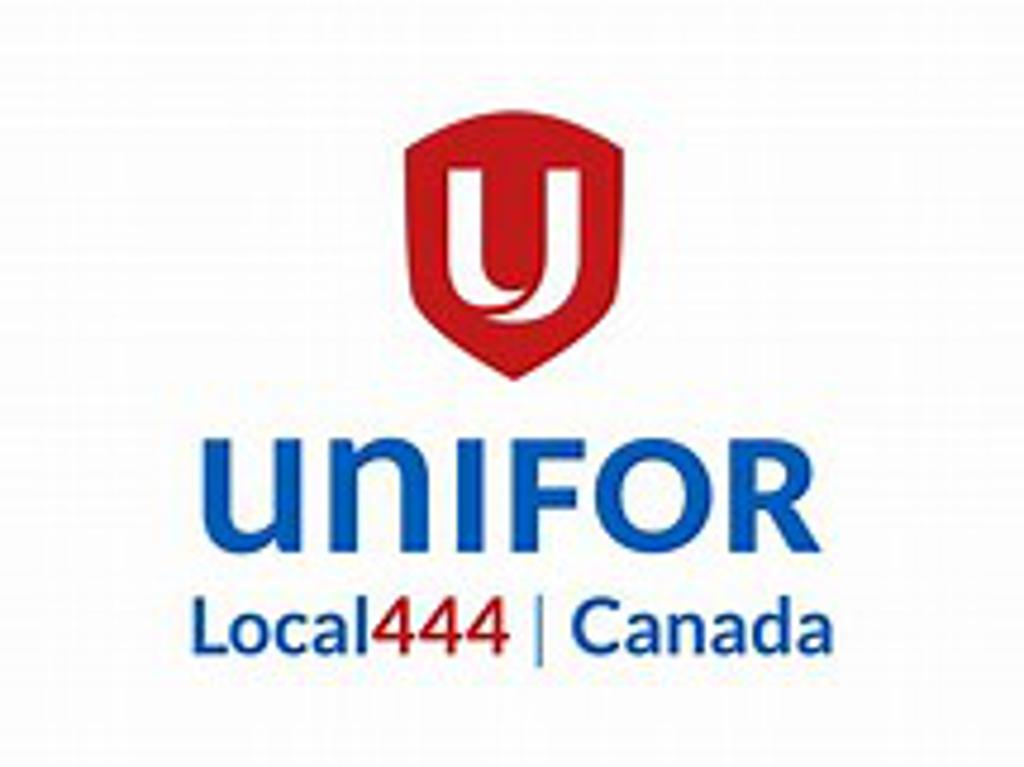 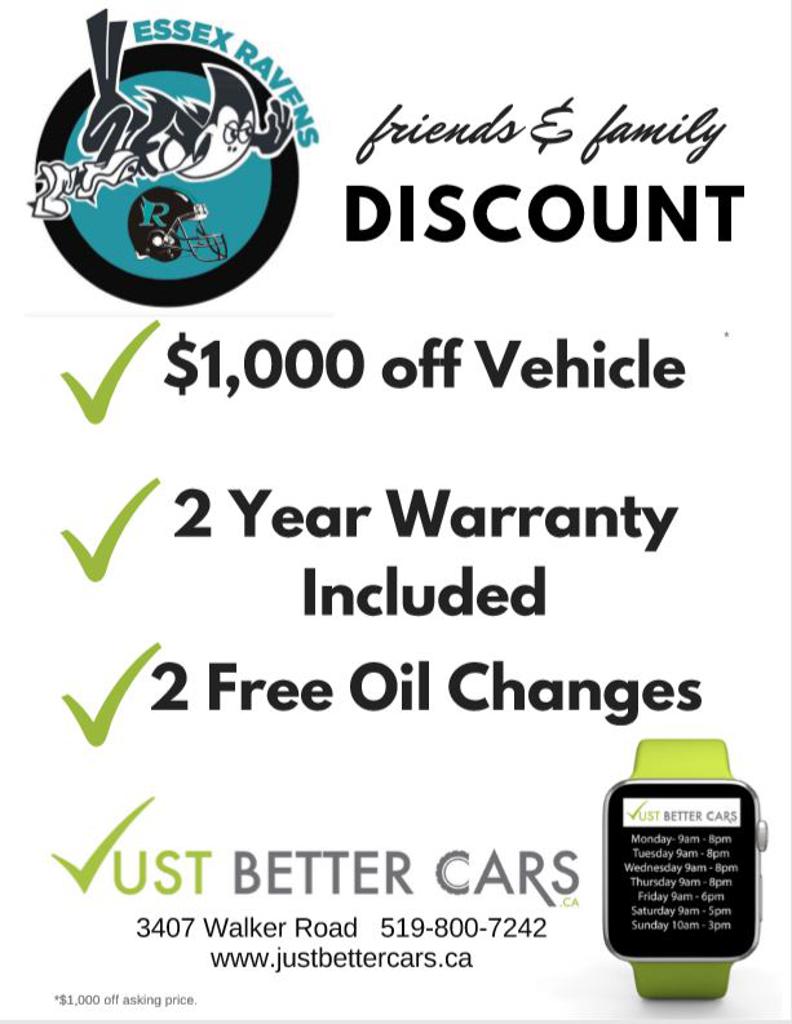